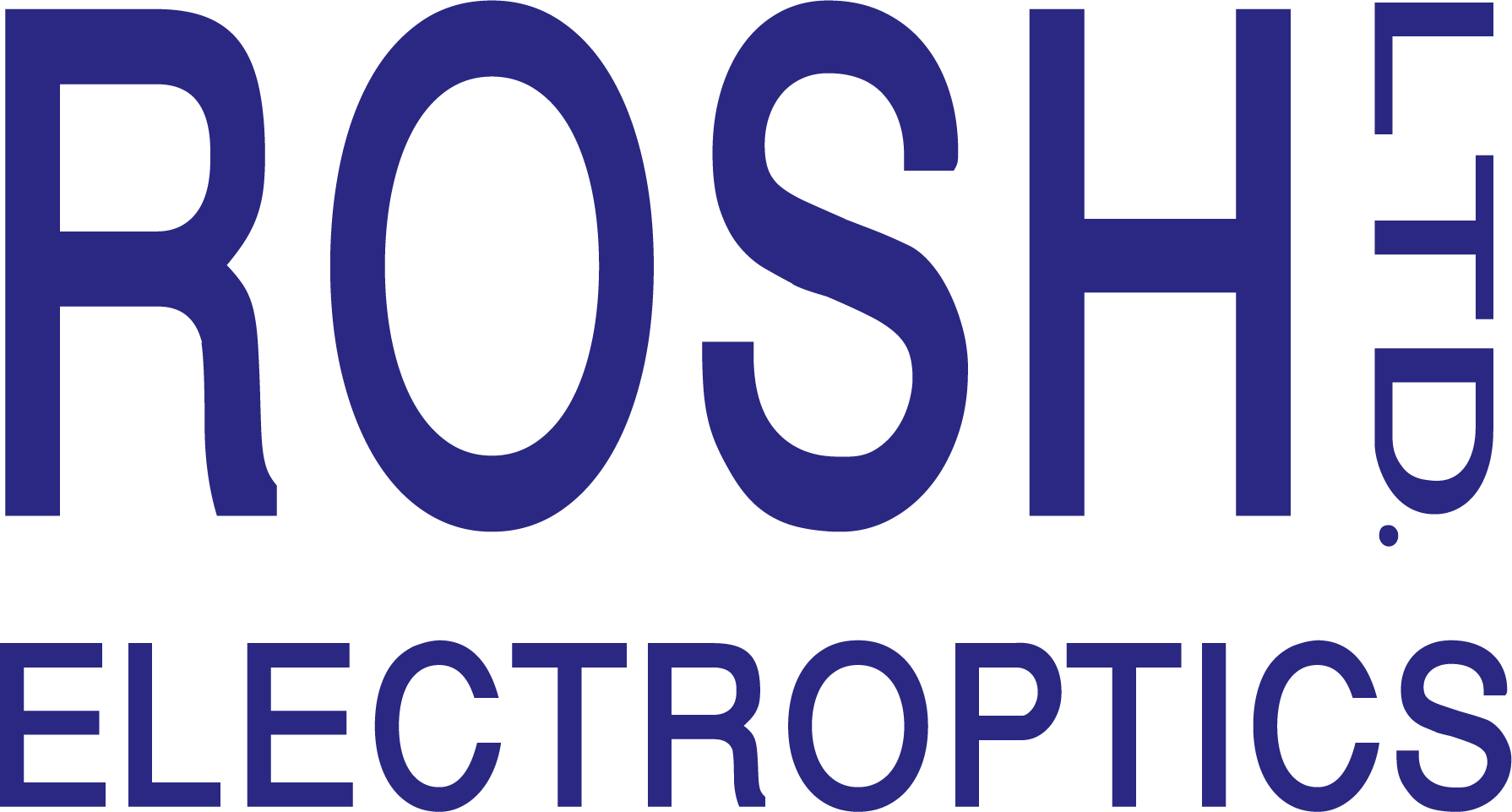 Many biomedical research applications exploit the natural fluorescence response of amino acids, the essential building blocks of all proteins. These protein fluorescence responses to light have been used for everything from pharmaceutical manufacturing to cancer treatments, and even biowarfare defense. Exploring this biomedical spectroscopy niche is a dive into the deep end of cutting-edge science. Spectroscopy is an essential technology that makes these biomedical applications, and so many others, possible. Avantes, a leader in the development of high-sensitivity, high-resolution spectrometers, is the trusted choice for hundreds of researchers and original equipment manufacturers in biomedical applications.

Proteins, the complex organic compounds made of chains of amino acids, are the most abundant organic molecule in all living things on Earth. These molecules play many roles within cells and organisms. They act as catalysts in biochemical reactions, as hormones, they regulate physiological processes, and they defend the body against disease. Many of these proteins have a weak intrinsic fluorescent response to UV excitation, with different proteins reacting to excitation at specific wavelengths and fluorescing at different wavelengths depending on the species. 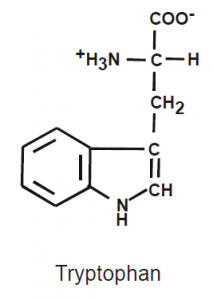 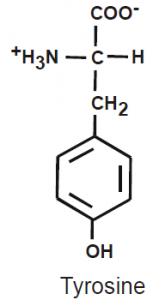 Interactions
The amino acid compounds have distinct absorption and emission profiles, and different quantum yields. They can also react to each other, changing the spectral profile; the presence of tryptophan, for example, will quench the fluorescent signal of tyrosine due to resonant energy transfer of a similar excitation wavelength. Tryptophan can be excited at 280 nm, while tyrosine can be excited at 274 nm. The fluorescence response is significantly different, however; tryptophan fluoresces at 348 nm, while tyrosine’s response can be detected at 303 nm.

Albumin, on the other hand, when excited at 257 nm, will fluoresce at 282 nm. Because these amino acids are prevalent in all life on Earth and are the common building blocks of many more complicated proteins, the reactions of these amino acids are often used as a representative sample for these complex proteins in research applications. Changes in the reaction can also be monitored as a process control function.

Fluorescent Response in Action
There is a long list of applications for fluorescence in biomedical and life science fields, and you can often find Avantes equipment at the forefront of new scientific frontiers. 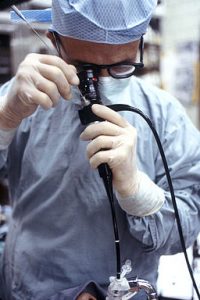 Spectroscopy has proven to be invaluable in the fight against cancers. The standards for lung cancer detection is the use of autofluorescence bronchoscopy in which a narrow probe is inserted through the patient’s mouth into the upper bronchial tree. Autofluorescence has been shown to be far more sensitive than white light bronchoscopy in the detection of Carcinomas or dysplastic lesions, however, it also has a high rate of returning false positives. Researchers at the Department of Respiratory Diseases in Rotterdam, the Netherlands have investigated the use of absorbance/reflection optical spectroscopy to improve specificity without losing sensitivity.

The team used a specially designed probe to feed through the 2.8 mm bronchoscope channel with fiber light sources. The mucosa tissue was irradiated with a tungsten/halogen broadband white light (predecessor to the AvaLight-HAL-S-Mini) and a blue laser calibrated to 407 nm introduced via fiber optics. The emission peak wavelength for autofluorescence of healthy tissue was 500nm. The resulting reflectance and fluorescence emissions were collected via a multichannel Avantes spectrometer installation equivalent to two AvaSpec-ULS2048CL-EVOs in parallel.

Both the excitation and fluorescence wavelengths at 407 and 500 nm respectively are within the 360-600 nm range in which blood is a primary absorber. This does create a challenge for this application, but not an insurmountable one. Researchers were confident that the modified bronchoscope with additional fibers was feasible to deploy during a standard bronchoscopy procedure. 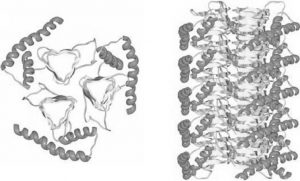 Research over the last decade has demonstrated that conventional methods of sterilization, including thermal and chemical processes, are not sufficient to guarantee complete inactivation of all pathogenic biomolecules, especially proteins. This is a grave concern in a surgical setting where the decontamination of typically reusable medical instruments, like scalpels, can directly impact patient care.

One class of proteins is of particular concern, Prions are proteins that are folded “wrong” manifesting in fatal neurological degenerative diseases like the human variant of mad cow disease called Creutzfeldt-Jakob disease, Kuru, and Fatal Familial Insomnia. While rare, these diseases are caused by infectious proteins that transmit their incorrect folding patterns to new proteins in a manner epidemiologically similar to a viral infection. Because proteins are the compound most resistant to current methods of decontamination, transmission of these “contagious” neurological diseases present a serious danger.

Researchers at the Swedish Defense Research Agency (FOI) are investigating the use of fluorescence spectroscopy as the first line of detection in bioaerosol detection systems. Due to the dangerous nature of biological warfare agents (BWAs) themselves, tyrosine and tryptophan, amino acids likely to be a part of any biological agent, are used in testing in the place of these BWAs. An ideal system would be able to monitor minute particle concentrations in real time and identify compounds present with a high degree of specificity.

The system in testing with the Swedish researchers forces ambient air through a nozzle to be confined to a single particle beam and passed through the optical chamber. The use of a continuous wave blue laser at 404 nm, received by an Avantes spectrometer, acts as a trigger. At this stage, fluorescence and scattering are analyzed. When a compound is present at pre-determined detection levels, it triggers a pulsed UV laser at 263 nm. The resultant laser-induced fluorescence can be further analyzed to classify individual aerosol particles. 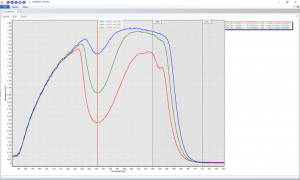 Avantes US Engineers reproduced a series of experiments conducted with samples of tryptophan, tyrosine, and bovine serum albumin recently to demonstrate our protein detection capabilities. The team used conventional absorbance techniques with a continuous wave (CW) illumination source (AvaLight-DHc) and an AvaSpec-ULS3648-USB2 spectrometer configured for UV (190-400 nm). Absorption measurements, recorded between 190- 320 nm, correlated changes in concentration to changes in absorption. Fluorescence was not measured during this experiment.

The team running this experiment prepared three different concentrations for each of the three sample analytes: 1mg/ml, 0.5mg/ml, and 0.25mg/ml, and took broadband absorption spectra profiles for each.